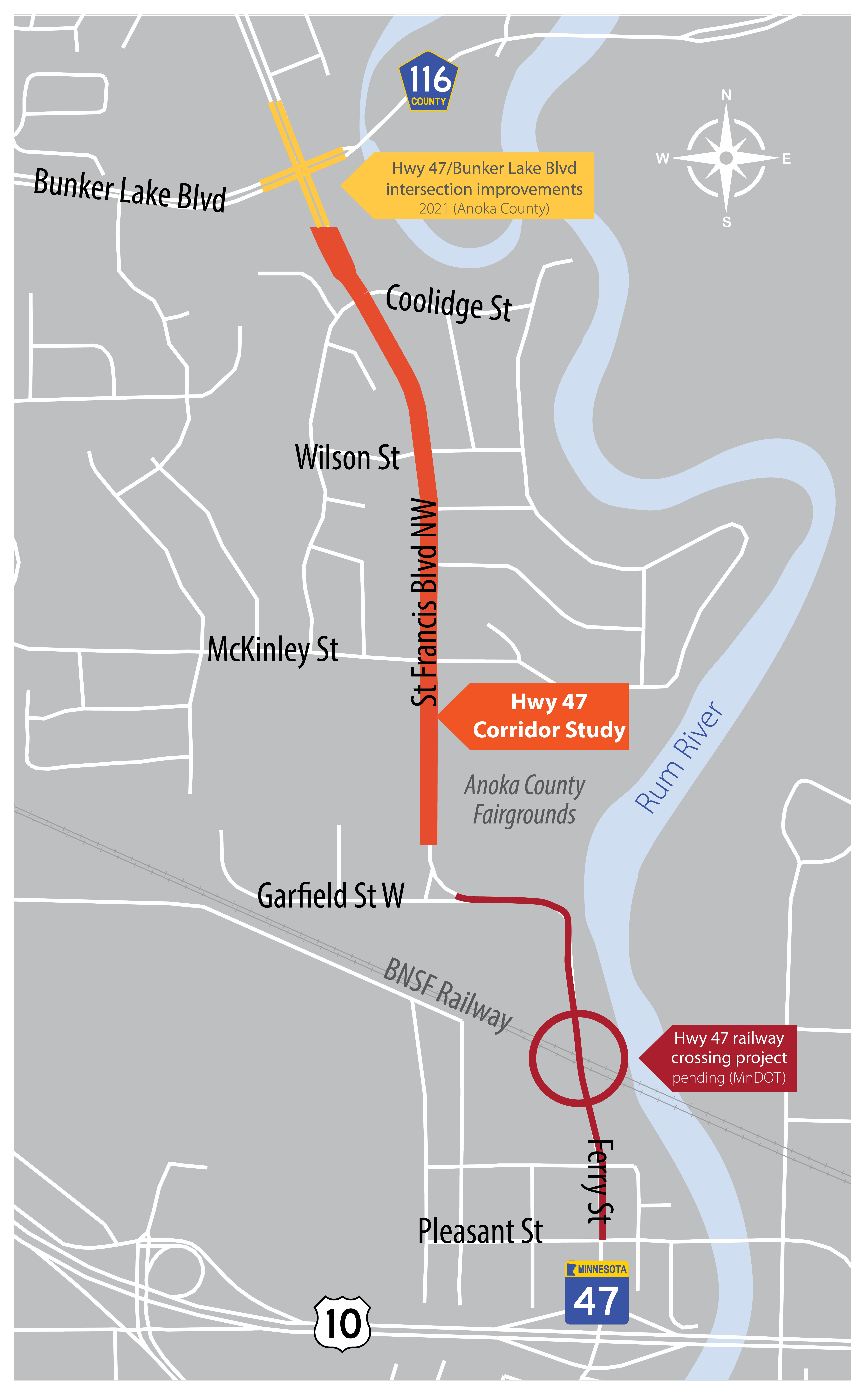 In 2016, MnDOT began a study of the BNSF Railway crossing of Highway 47 to improve safety for motorists, pedestrians, bicyclists, and trains, as well as, improving regional mobility and emergency responder time. That study evaluated elevating Highway 47 over the railroad. As part of that effort, roadway corridor improvements were discussed between Highway 10 and Bunker Lake Boulevard. A public open house was held in June 2016 and again in February 2017. Many residents attended to express concerns about corridor deficiencies north of the railroad. In response to those concerns, the City of Anoka began a study in partnership with MnDOT to develop a Highway 47 Corridor Plan for the segment of St. Francis Boulevard north of the BNSF Railway to Bunker Lake Boulevard. The goal of the plan is to improve access and safety for all users while preserving or enhancing the community.

The BNSF Railway crossing feasibility study was completed in 2017. To date, no funding has been committed to implement the study’s recommended alternative to elevate Highway 47 over the railroad. Since that project was not moving forward, the City of Anoka put the Highway 47 Corridor Plan study on hold. In 2019, the City of Anoka along with MnDOT resumed study of the corridor with development of preliminary design of concepts to occur by the end of 2020.