Brooklyn Center is working with its partners and public stakeholders on updating the City’s current zoning code. Zoning codes outline the rules that determine what is allowed to be built, where it can be built, and how it should be situated on a piece of land. Every city has a zoning code, and it acts as the primary tool the City has in guiding the use of its land towards the greatest public good.

The current Brooklyn Center Zoning code is several years old, and is largely understood as needing an update to better support the vibrancy of the City for all people.

The proposed code update will be more easily understood, while allowing for a greater diversity of land uses, reflecting public desires and needs. New categories proposed for Brooklyn Center’s zoning code will allow for development to be targeted around major transit stops, and the creation of more walkable neighborhood centers that offer neighborhood-serving places to visit, work, dine, and relax.

To help guide the creation of these updates, the City created a Zoning Task Force, comprised of City residents and business owners. The task force is offering guidance and recommendations to the City and its partners while helping consider possible impacts of code changes. Check back soon for more details, including drafts of the zoning updates, and how these changes may impact the City.

Brooklyn Center is also updating several supportive City ordinances that are either outdated and/or required by State law. These ordinances include an updated Sign Ordinance, ratifying the Minnesota River Corridor Critical Area Program (MRCCA), and an updated Shoreland Ordinance. Like the zoning code updates, a series of meetings and targeted listening sessions have and will continue to be held to help shape the direction of each ordinance, while considering possible impacts.

Brooklyn Center’s updated Sign Ordinance is intended to provide improved clarity and ease of guidance around erecting or maintaining signs within the City. The Ordinance seeks to better promote the health, safety, welfare, and convenience of the public while supporting all constitutional free speech rights.

To protect its local water resources, while ensuring compliance with all state laws, the City will soon be ratifying the Minnesota River Corridor Critical Area Program (MRCCA) ordinance. MRCCA is a state, regional, and local protective guideline, applied to a 71 mile stretch of the Mississippi River. MRCCA provides development standards and criteria along the River, with the goal of protecting water quality and natural habitats. These guidelines were created by the MN Department of Natural Resources (DNR) and requires that each of the 25 metro cities and townships within the MRCCA boundary create and pass MRCCA ordinance. Because of this, the City has limited capacity to adjust and customize requirements beyond what is outlined in state law.

Additional information for property owners and those along or near the River can be found on the MN DNR website, or the Friends of Mississippi River MRCCA page.

The links below provide more information on the MRCCA and possible impacts for Brooklyn Center :

*No ordinance has yet been adopted by the City Council. Check back soon for a draft of Brooklyn Center’s MRCCA Ordinance.

The other water resource ordinance is an update to the City’s Shoreland Ordinance, to bring it into compliance with State law. The city’s Shoreland Ordinance, which is guided by state statue, creates development provisions around bodies of water while outlining guidance tools for future development, while protecting ecological, recreational, and economic values. These guidelines, also managed by the MN DNR, are established based on the type and classification of the body of water, and impact property owners who own land on or near a body of water. Like the MRCCA ordinance, the City has limited capacity to adjust and customize requirements beyond what is outlined in state law.

Additional information for property owners and those along or near the River can be found on the MN DNR website.

*No ordinance has yet been adopted by the City Council. Check back soon for a draft of Brooklyn Center’s Shoreland Ordinance. 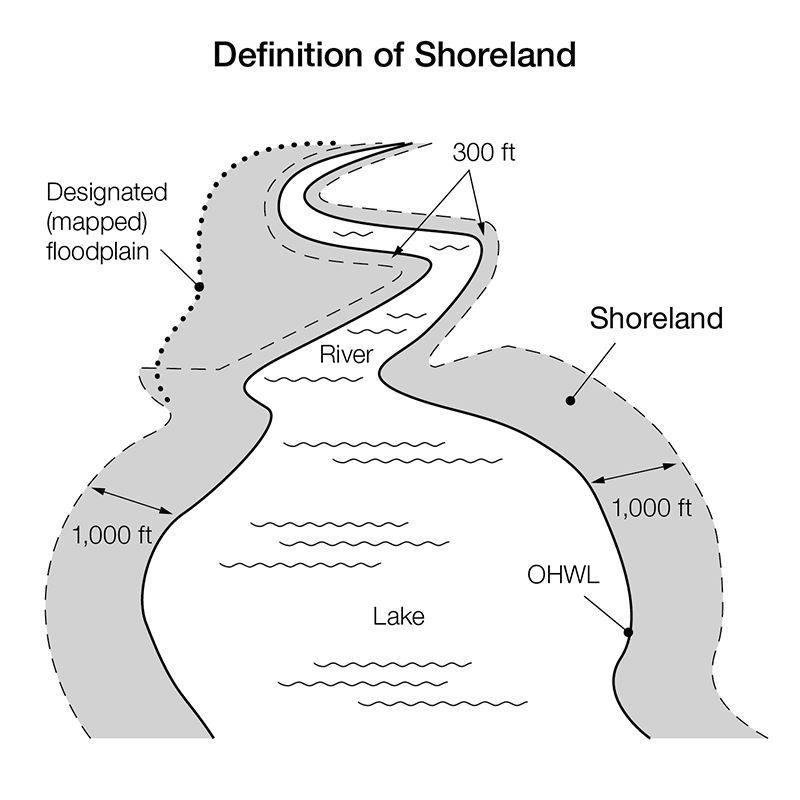