What is the Downtown Reconstruction Project?

The Waconia Downtown Reconstruction Project will improve the streets, utilities, pedestrian facilities, and drainage of the downtown area. The project will be constructed in two parts:

Below is a map of the project area as well as a larger map including the previous projects completed from 2013 through 2020 as a part of the Downtown Master Plan. The final project areas are not final and may change during the upcoming planning and design phases of the project. 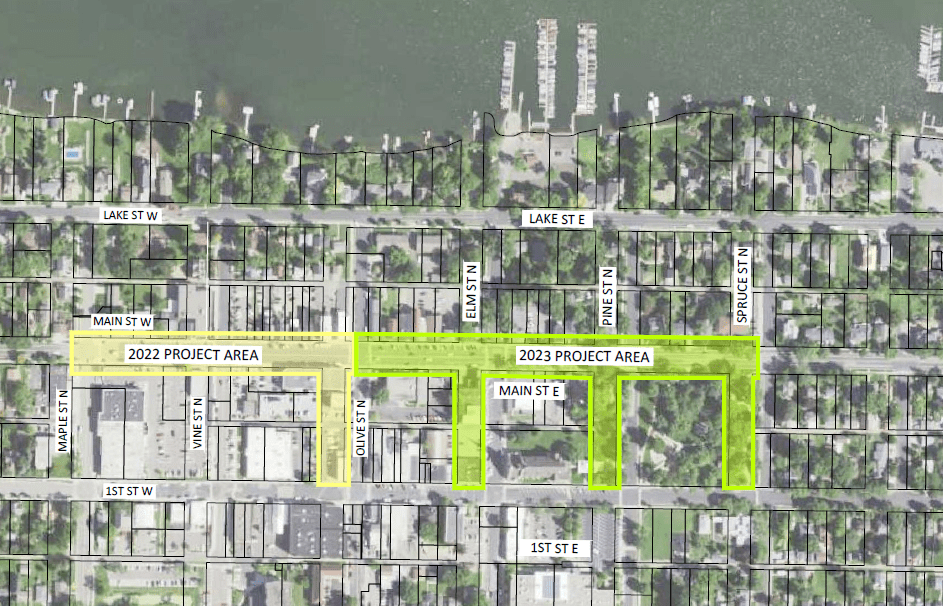 The general improvements for both projects include:

These improvements are planned to be assessed to benefitting properties in accordance with the City’s Assessment Policy.

The approximate timelines for both projects are shown below. All dates are estimates and may change due to City Council approvals, funding delays, inclement weather, or other variables. View a larger image of the timeline here.

In 2013, a Downtown Master Plan was created for the City of Waconia, to provide a framework that would help city leaders and other stakeholders revitalize downtown Waconia, physically and economically.

This plan aimed to:

The Waconia Downtown Reconstruction Project will complete the improvements identified in the Downtown Master Plan.